Pitti Immagine, owner and organiser of trade shows such as Pitti Filati and Pitti Uomo, has issued a statement regarding the timetable for its upcoming shows.

“The Board of Directors of Pitti Immagine, chaired by Claudio Marenzi, met yesterday by video conference.  On the agenda were the decisions to be taken regarding the calendar of the fairs scheduled for the 2020 summer season.

Considering the evolution of the health emergency in Italy and around the world and in the light of the concrete prospects of an extension to the restrictive measures concerning production and commercial activities and the movement of people, the BoD discussed and deliberated the proposals presented by the CEO Raffaello Napoleone who, together with the heads of the various company departments, had carried out a broad survey of the opinions received from exhibitors, buyers, agents and other members of the trade over the past few weeks:

Moreover, in agreement with the indications expressed by the Chief Executive of Stazione Leopolda, Agostino Poletto, the BoD of Pitti Immagine acknowledged and agreed with the decision to postpone the first edition of Testo (the event dedicated to Italian publishing already rescheduled for the beginning of June) until the second half of February 2021.

“Over the last few weeks we have obviously been in constant and close contact with manufacturing companies in Italy and abroad” says Claudio Marenzi, President of Pitti Immagine “as well as with other actors operating in the three textile-fashion sectors, including organizations like Confindustria Moda and Camera della Moda Italiana.  The strong request that emerged was to maintain at all costs the leading rendezvous like the Pitti fairs which will be the first fundamental instruments to be activated in order to gradually get the entire commercial fashion industry machine going again. And that is what we will be working on non-stop over the next few months. Postponing Taste and Testo to 2021, two events in which our Group has a lot of faith, was a very painful but necessary decision. The objective conditions do not exist for organizing those sort of rendezvous in June, as has already been demonstrated everywhere else”.

The BoD is also committed to supporting the company’s operatives in the development of all forms of possible collaboration with the government and local authorities for the purpose of economically facilitating the participation at the fairs by members of the trade, as well as ensuring that the events are properly accessible and safe for the people attending.

“In fact, both the exhibiting companies as well as the buyers” adds Antonella Mansi, Vice-President of Pitti Immagine and President of the Centro di Firenze per la Moda Italiana “emphasize the decisive role played by the extraordinary economic measures in the form of non-repayable grants or subsidized loans for incentivizing participation at the next international rendezvous to be held in Italy and abroad. The Government is discussing additional support packages for businesses and, for our part, we will undertake to make our suggestions heard by the Ministero degli Affari Esteri [Italian Ministry of Foreign Affairs] through the Agenzia ICE, and by Confindustria, integrating the work already being carried out by the Comitato Fiere Industria [Industry Fairs Committee]”.

“With regard to our three fashion fairs” says Raffaello Napoleone, Ceo of Pitti Immagine “it is clear that they will be exceptional editions where our primary duties will be to guarantee the complete maintenance of hygiene of the exhibition space and prepare an organization of the spaces and layouts that takes into account people’s safety. An experimental layout which could also turn out to be useful on next occasions. This will also apply to Fragranze at the Stazione Leopolda which we believe, in this phase, could represent an indispensable point of reference for the entire artistic and experimental perfumery world”.

“The other fundamental element of innovation on which we are working” concludes Raffaello Napoleone “that we consider to be decisive for the purposes of the promotional and commercial capabilities of the exhibitors, is Pitti Connect, a completely new and advanced version of the previous digital platforms which is also designed according to the specific requirements of the various types of product and fair. Pitti Connect, with its original system of networking functions with buyers and high-quality editorial structures, is more than a complementary tool to the physical fair but rather an organic integration of the physical fair which, together with the latter, will define the new face of the Pitti fairs. We will be presenting the characteristics of this project to exhibitors over the next few weeks, testing with them the innovations that we will be gradually introducing, from now until the summer, to the central body on which we are already working”. 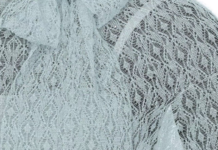 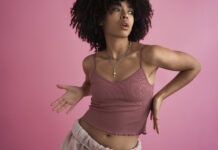 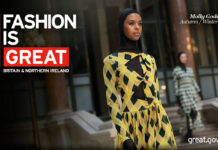 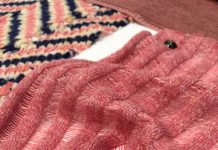 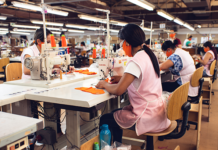 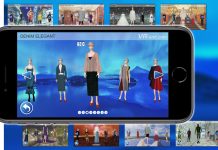