The N.SVR 123SP computerized knitting machine features a special loop presser bed, capable of producing hybrid inlay fabrics with both knit and weave characteristics. Demand for such novel fabrics are very high across a wide range of applications, from fashion apparel to sportswear, innerwear, outerwear, uniforms and other functional clothing, as well as home furnishing and technical textiles.

Shown in 18 gauge at the Shima Seiki booth, N.SVR®123SP will also feature the special i-Plating option, capable of alternating yarn colours in any pattern, producing jacquard-like designs using plain jersey stitch. Plating can be performed within the same course and for individual needles. In combination with the loop presser and spring-type moveable sinker system even greater diversity in knit design is possible.

An SVR 123SP machine in 14G with i-Plating option will also be on display at the booth of yarn spinner IAFIL S.p.A. as well.

APEXFiz is subscription-based design software that maintains the proven functions that have made Shima Seiki’s SDS-ONE APEX series design systems so popular with fashion designers. Installed on personal computers, those strengths are now enhanced with the added versatility to adapt to different work styles and business environments including teleworking and telecommuting.

APEXFiz software supports the creative side of fashion from planning and design to colourway evaluation, realistic fabric simulation and 3D virtual sampling. Virtual samples are a digitized version of sample making that are accurate enough to be used effectively as prototypes, replacing physical sampling and consequently reducing time, cost and material that otherwise go to waste. APEXFiz thereby helps to realize sustainability and digitally transform the fashion supply chain.

Continuing from past editions of Pitti Filati are knit samples produced in collaboration with Italian designer Vittorio Branchizio.

APEXFiz along with SHIMA SEIKI’s yarnbank digital yarn web platform are featured at a special section launched at the previous session of Pitti Filati no. 89 called Pitti Studios. Pitti Studios is a content production service that yarn companies exhibiting at Pitti Filati can use for their own promotion. Yarn companies provide a piece of yarn, which is digitized on yarnbank and used to simulate photorealistic fabric on APEXFiz. This is then processed by a creative studio specializing in digital content to provide static and animated 3D virtual representations. The process shows how to use the latest DX tools to provide accurate representation of a finished garment without having to produce any fabric, converting the conventionally wasteful process of sample-making into a sustainable one. 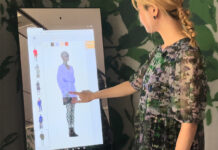 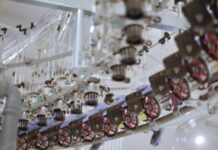 Democratizing the textile industry through collaboration 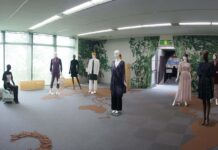 Making a difference to the lives of workers 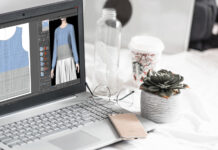 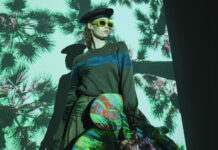 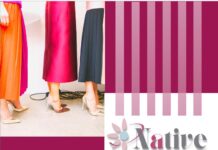 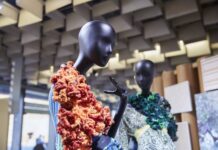